Yoshinori Mizutani is a well-known photographer whose work has already been preented several times in France, recently at La Gacilly festival. He became particularly famous with the Tōkyō Parrots series, which will be presented in the upcoming book Des Oiseaux published by Xavier Barral Editions*.

Yoshinori Mizutani has developed his own photographic techniques, particularly in his HDR series (High Dynamic Range), using a digital process that gets an image as close of what and how a human eye could see.

The jury could only be impatient to discover the submission for Project Neko of a photographer as inventive as Yoshinori Mizutani and has been delighted at the reception of a series full of humour, clever and in tunes with its times. Using unusualand efficientframing Mizutani shows the omnipresence of cats in our daily lives, whether in the streets, in car parks, in our homes or also through the symbolism of the omnipresent cat imagery in advertisement. Difficult to forget this photograph of socks with adorned a cat portrait or this hat with pointed ears, the man carrying the animal on him, the animal in him. Some blurred photographs show the difficulty of “catching” cats. Cats are not cute, and are most often surprised to be discovered. The animal is present in the picture without being really there, just an evanescent presence. Only the keen eye of a photographer can find the animal in the most incongruous or improbable places.

Yoshinori Mizutani answers Neko Project‘s call without losing his style and purpose. He knows how to observe the wildlife of our cities as an explorer would do in the jungle or savannah. This image hunter make us rediscover the everyday as an adventure. 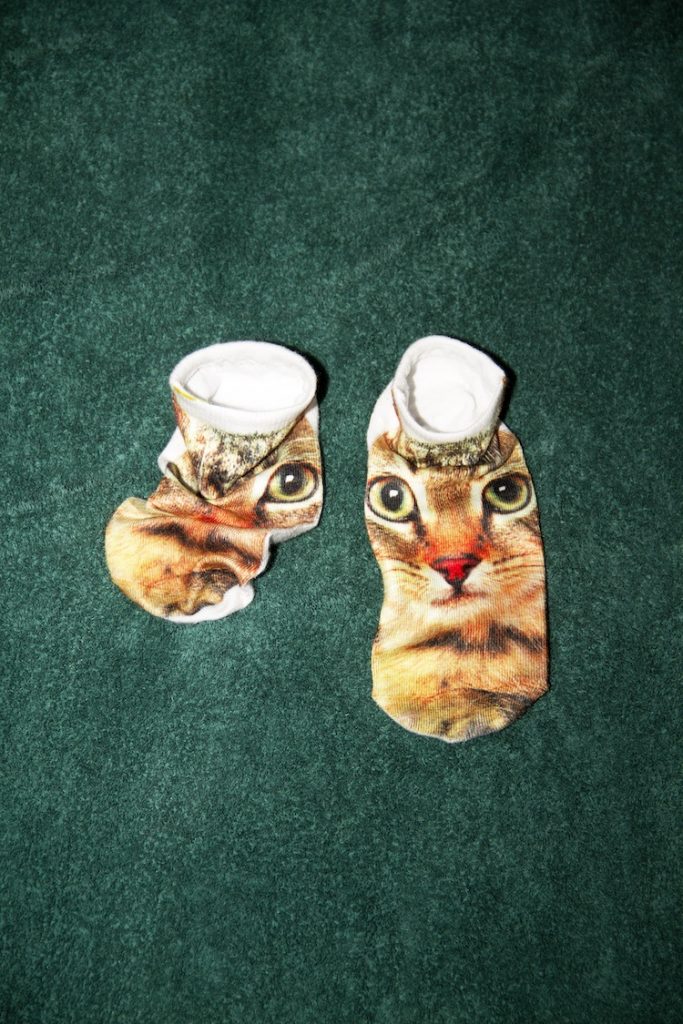