For Syotaro Hayashi, just like him who lives in Osaka in the middle of the city and buildings, stray cats also exist in a similar way and it is perhaps to leave a trace that Syotaro HAYASHI takes pictures of them to leave a ” trace ” of them. Rather than the term ” work or photo”, Syotaro Hayashi prefers the word “trace” (as a proof, a recording) to describe those photos.

« The photo I propose here is the one among a few thousand photos I have taken of stray cats, the one in which I feel life with the most intensity. It’s a black and white picture and I have been following this cat for a year. I can’t say that I choose my subjects (models), I photograph a model when I feel like it. » 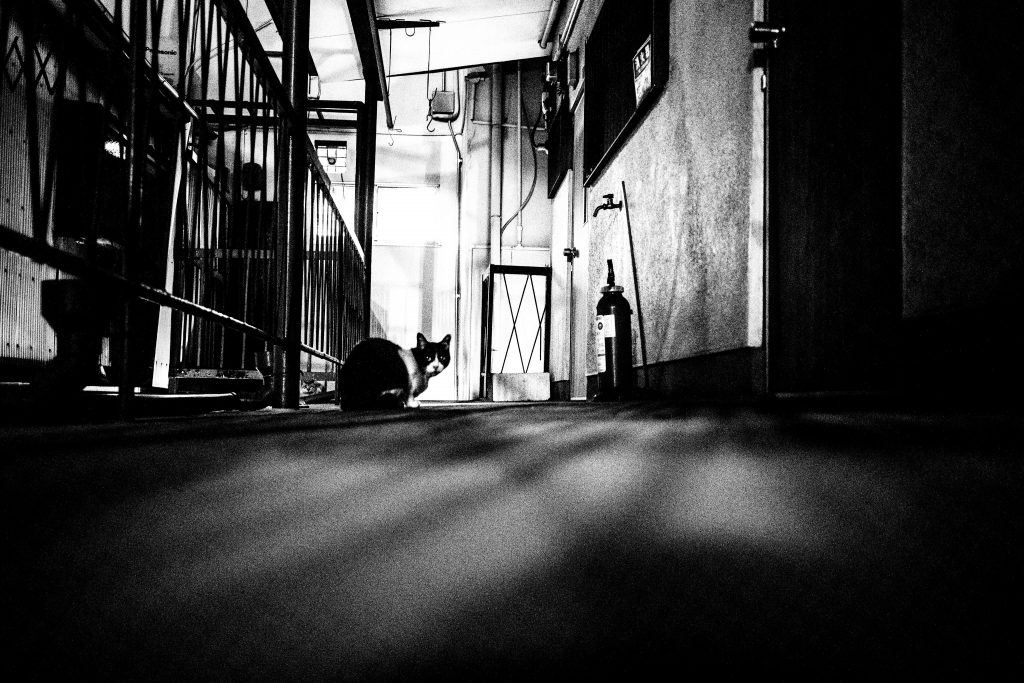 All the photos that Tadafumi MIWA proposes to the Neko Project are pictures of cats living outside.

« I always keep my camera ready because I try to photograph cats in such a way that their appearance is as natural as possible. I also try to show evidence of their pains and freedom while living outdoors.

When I take a picture, first of all I get as close as possible to the cat and I try to dispel any mistrust on his part. To this end, I sometimes spend long hours waiting…. It’s my way of capturing them in their most natural state. And so I photograph the stray cats while keeping and sharing contact with them. I use them sometimes to substitute myself for them (to take their place), sometimes to make them feel comforted, and often my heart is wounded in the face of such hardship. I will continue my quest for cat pictures so that those who look at them can feel something, even if only a little… »

The attached photos of Tadafumi MIWA have been taken in a small harbour where he comes from. In this place live courageously stray cats (“Soto Neko ») with no protection or assistance.  The both first attached pictures show a mother cat and her kitten. The photographer felt during the shooting the courage of the mother and the naivety of the kitten, standing very close to her. The 3rd picture is a picture of the kitten alone, and in his eyes the photographer could read the strength that would be necessary for the kitten to survive in this place. All pictures are flooded by the sunset light that warmly envelops the cats. « By taking these pictures I felt both the strength and the sadness that comes out of this life outside in nature… » 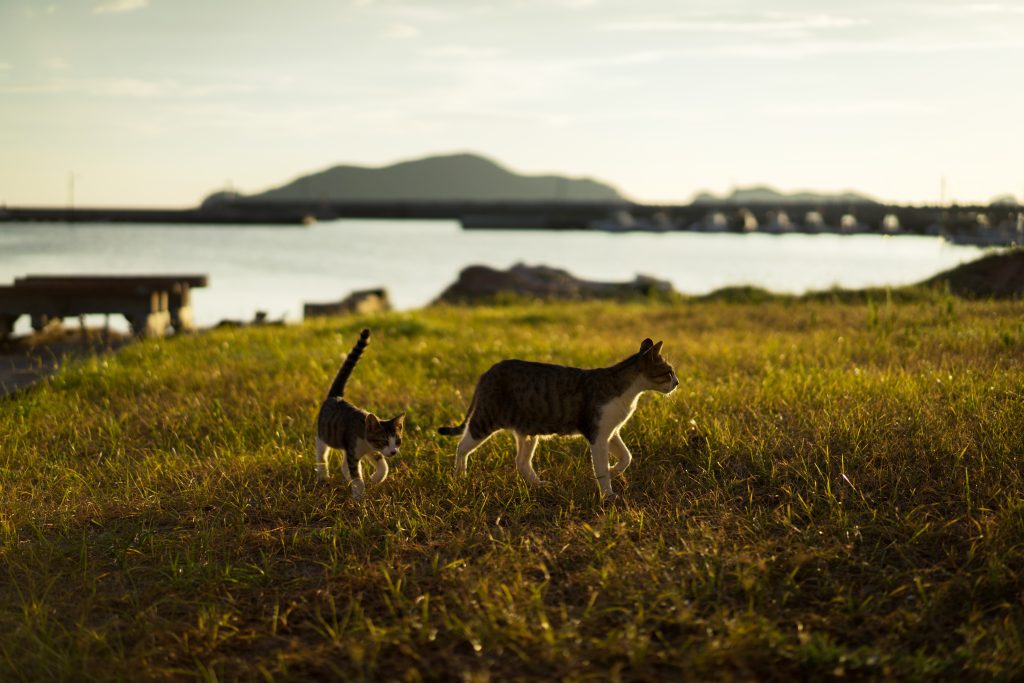 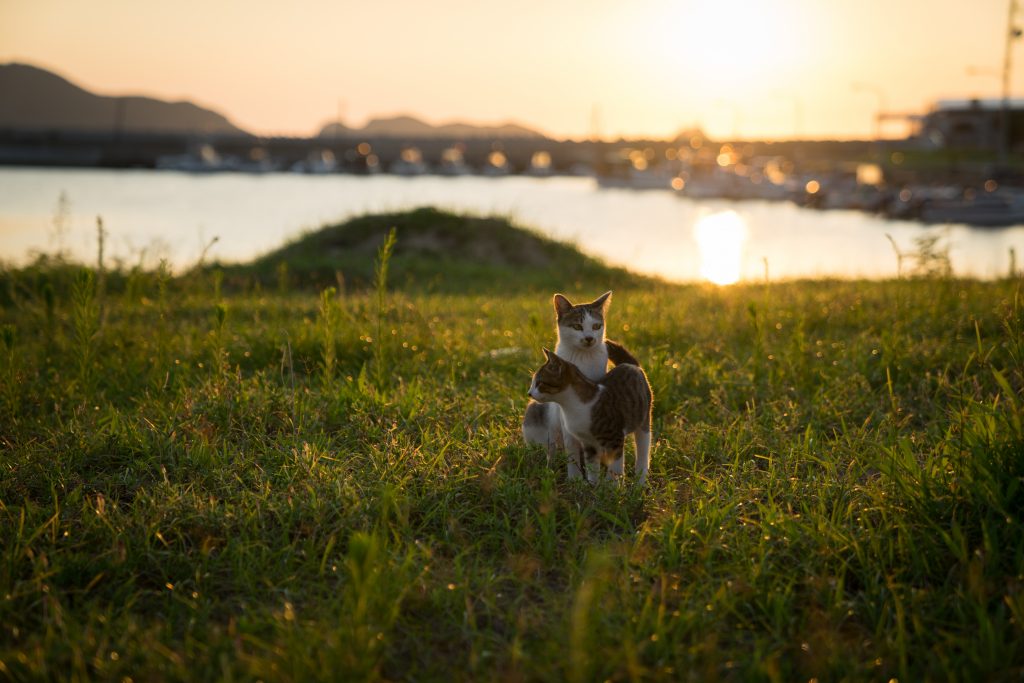 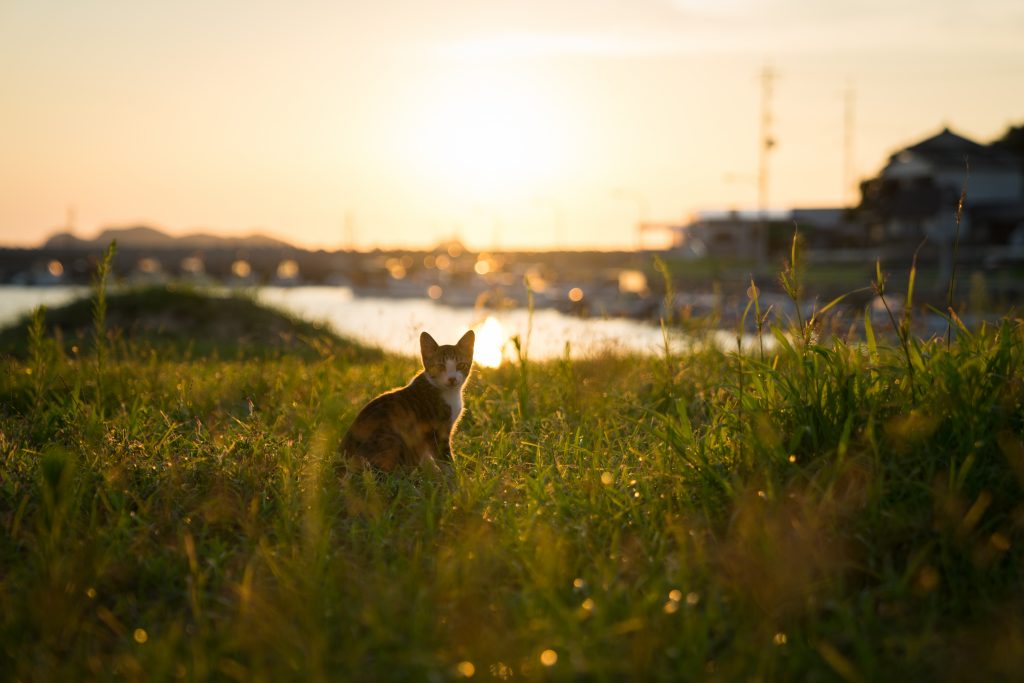 « I had two black and white sisters, street pussies gathered from my family and who shared our lives for 18 years. The year I discovered the Neko Project, my two cats just left this world and it is on this occasion that I decided to participate in your project. I choose a cat as the subject to photograph when I have captured the look and mysterious beauty it emanates. »

Ikumo MOTOSUGI explains us that since immemorial time, cats and humans have lived together and if we compare them with other living beings, the fact that they are very well represented in works of art is undoubtedly due to our attraction for their particular charm.

These cats who live in our hectic society are incredibly serene, kind and beautiful. He adds that was of the aspects he wishes to to convey through his photos.

Among the photos I presented to Neko project, Ikumo MOTOSUGI choose 3 to see published here (one is in the book) as they are 3 pictures of his beloved cats.

From the two first pictures we have the impression that they will appear in front of us from another world. They always appeared quietly and suddenly found themselves at our side.

In the 3rd one, they disappeared from before our eyes, their silhouette blending into the darkness. When we looked at them, they looked back at us.

« If I had to give a title to this series of photos, it could be When you see a cat. The cat also see you » 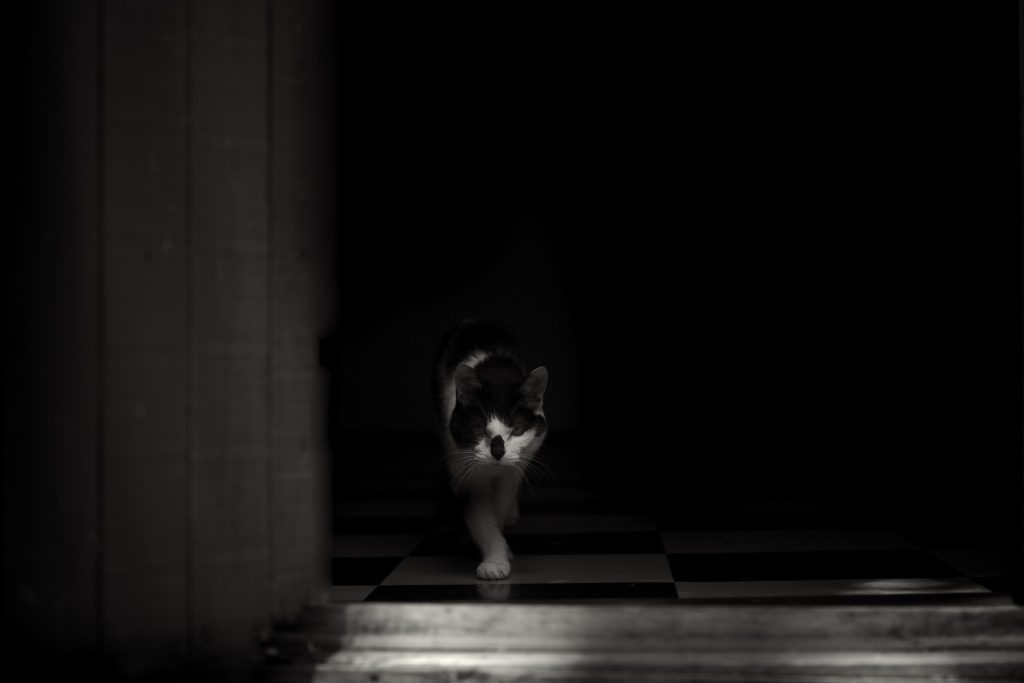 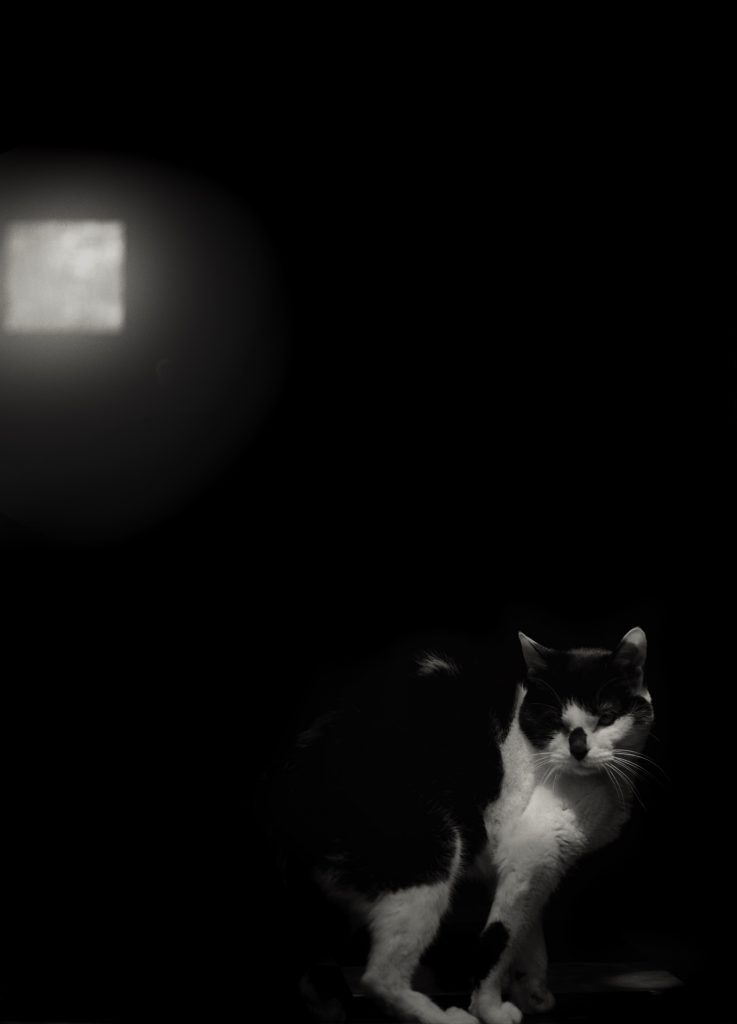 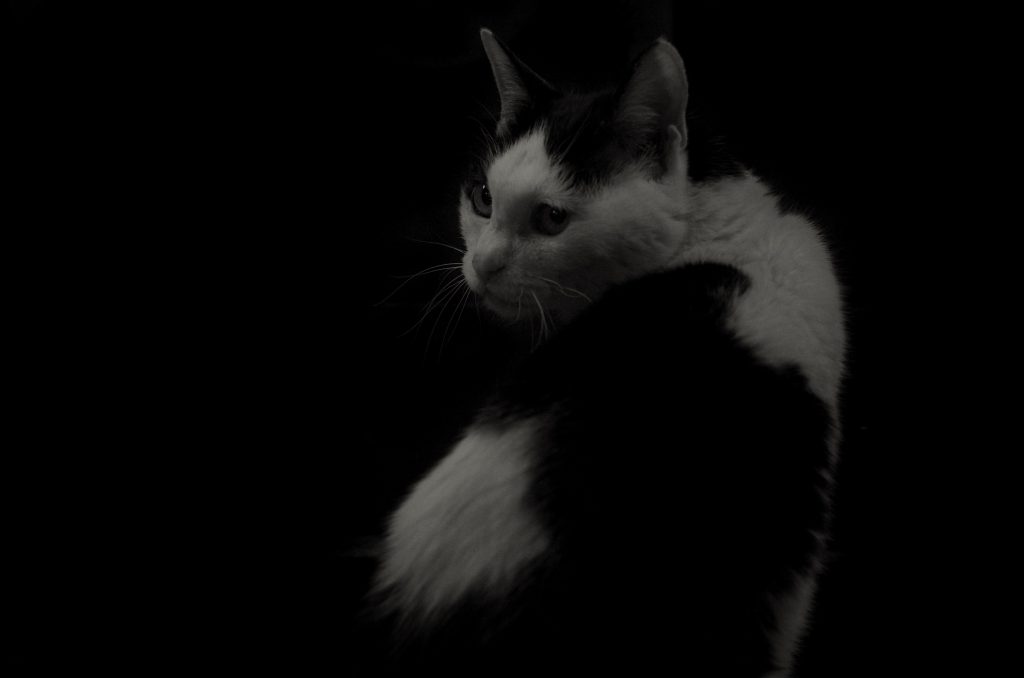