When I think about it, in my childhood I wanted to become a cat.
Not a human, a cat.
I can’t make myself a reason to be human, and every day I imagine with envy how it would be good if I became “like that”.
When I say “like that”, it is true that at that time I did not see the difficult conditions of cats and their way of existing attracted me as a living being, by their appearance and their way of being.

NiNi Frisky loves all animals, but cats are really special to her.

She continues in a nostalgic tone:

When I think about it, I grew up with futons that have been soiled many times by cat pees. It was an astringent odor, which stung the nose and which did not disappear after a single washing. At a time when the cat flaps did not exist, the worst was to be woken up in the middle of the night, at the hour when sleep is most pleasant with an “I would like to go out”, and even worse, to be woken up again, when you are into your deepest sleep with an “I’m back”. But when I heard him purring in the futon, then I forgave everything and I felt reassured.

In her life there have always been cats. NiNi Frisky, when she became an adult, she didn’t have any cats. After a while she starts from suffering from it. If she met cats by the side of the road, she would say hello to them and have tears in her eyes when the time of separation came. NiNi Frisky states further:

From the bottom of my heart I prayed for their happiness.
I hadn’t even wondered about the reason for this feeling of helplessness when I was facing a cat. And I understood that there was an immense lack in my life I who could not live with a cat.

In Tokyo where the number of cats raised indoors has increased, they have become much less numerous, and it is towards these cats that seem to me to continue to disappear from the landscape in the neighborhood that I started to direct my goal. As if finally I had met precious wild animals. And if on a picture, even when very small, a cat appeared, that was enough to make me very excited. A bit like crazy (lol).

One year ago NiNi Frisky adopted a cat from a shelter and they live together now. It was from this moment that she called herself NiNi Frisky, NiNi is the name of her cat. They play a lot together every day. They already have the same smell, and when they sleep together, NiNi Frisky feels like they melt into each other and become the same shape. 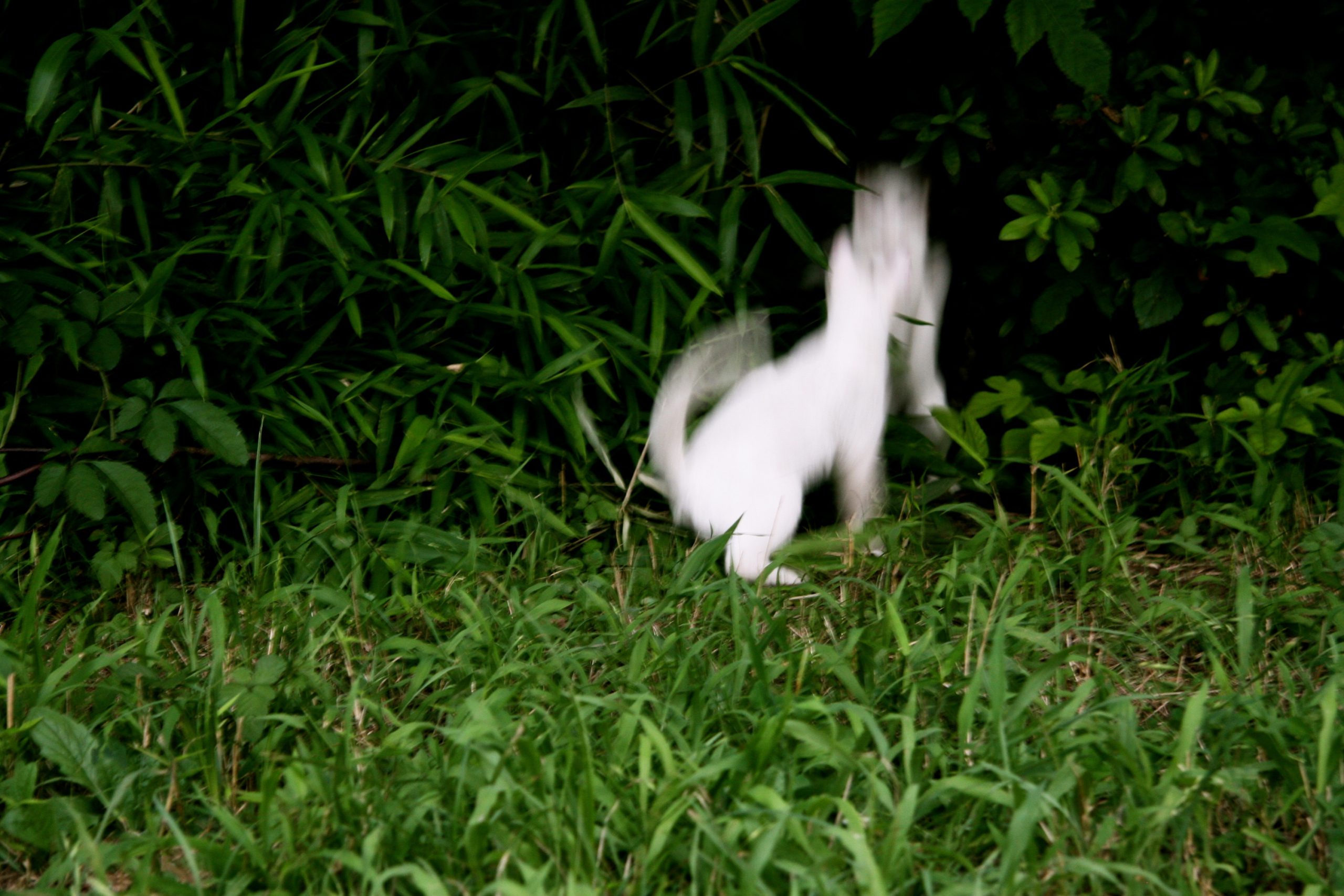