The flat where the photographer Koichi Nishiyama lives now is called “Danchi”, a complex of apartments, built during the period of high economic growth in Japan around the 60s and 70s. This place has almost the same age as the photographer. The average life span of Japanese houses is about 30 years. So, the Danchi can be said it’s quite old.

Koichi Nishiyama can see three cats from his windows and he developed a close relationship with them over time. Each cat has its own personality. One of them has been living in “Danchi” for around 15 years and has no owner. Although this cat is a leader, he is endeared by the other two cats, as well by dogs and crows of the neighborhood. The white cat is a female. Her beauty attracts many people as she is graceful and wild at the same time. And that is because she has been a stray cat for a long time, she catches and eats wild birds. The brown cat is the youngest of the three. He likes the white cat, but she is not into him at all and he is a resident of an apartment now.

Koichi Nishiyama tries and tests a new perspective for cat photography. In the cold season, the photographer barely sees the three cats as he gradually stops opening his window. A friend painter suggests him to continue this fixed-point observation. So. Koichi Nishiyama follows this advice but cats get less visible as they shelter themselves in the warmth of Danchi.
More generally, when Koichi Nishiyama sees a cat, he always points his camera or smartphone at it. He doesn’t understand their behavior but always feels attracted by them. Koichi Nishiyama states: « Humans and cats are different species and they still have this wild instinct which we have lost a long time ago. »

The theme of Koichi Nishiyama’s project is about territories with the observation of the relationship between the three cats and an architectural place. He thinks that most of us can only live in one’s own territory. Koichi’s territory is the suburbs of Tokyo and the observed cats’s territory is the surrounding of his own apartment, a kind of safe zone for them.
On the other hand, the photographer adds: « I like to go to the center of Tokyo where I feel liberated. I get off the subway, I take a photo of the sky every time. For human beings, the territory is both comfortable and uncomfortable. I make works based on photos, but recently I am interested in creating installation art. I want to go beyond my current art territory.” 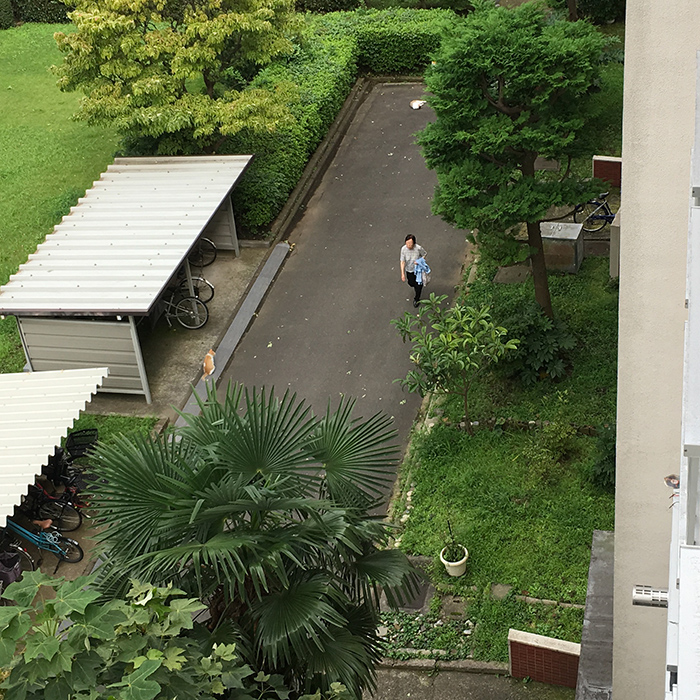 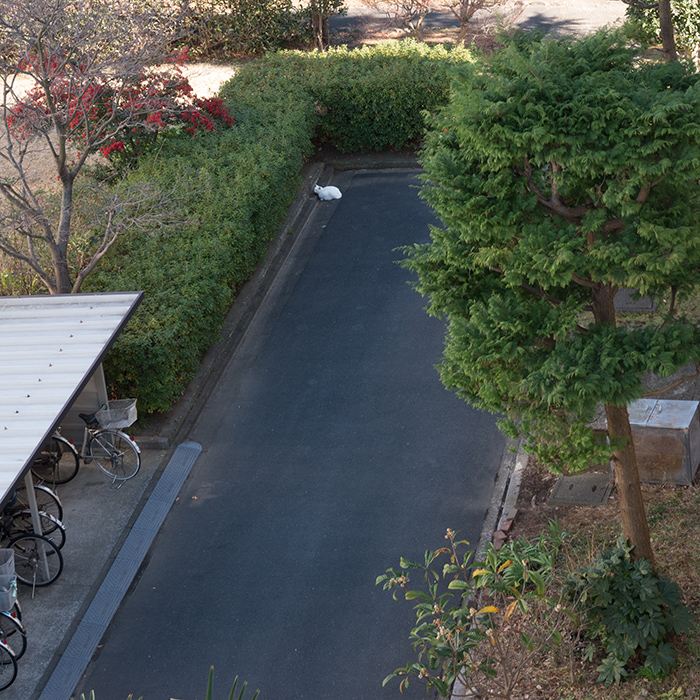 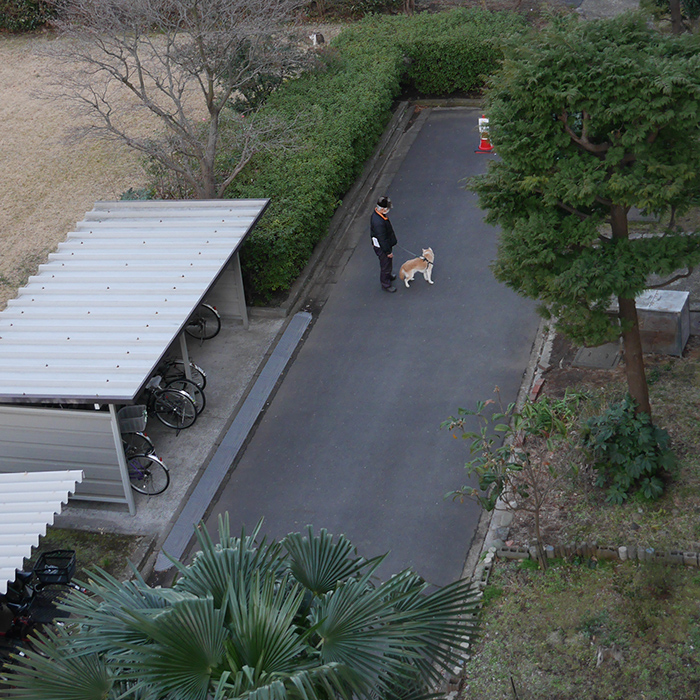 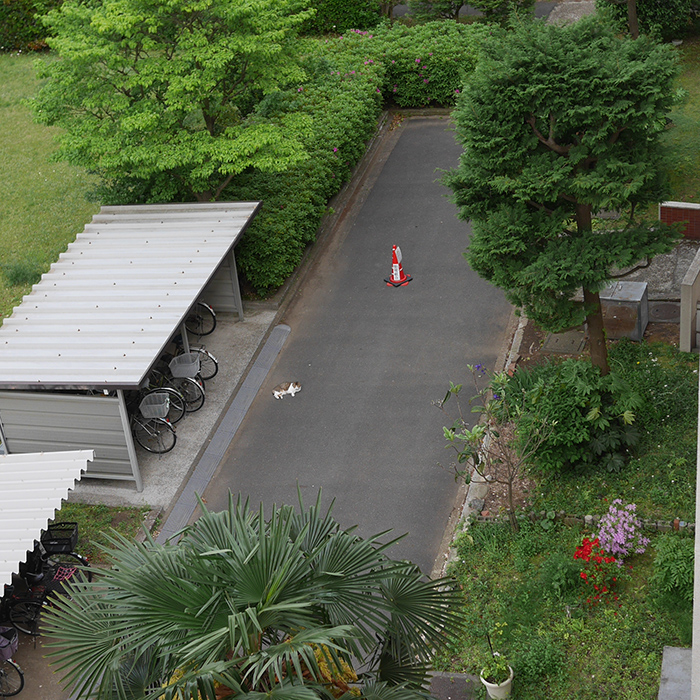 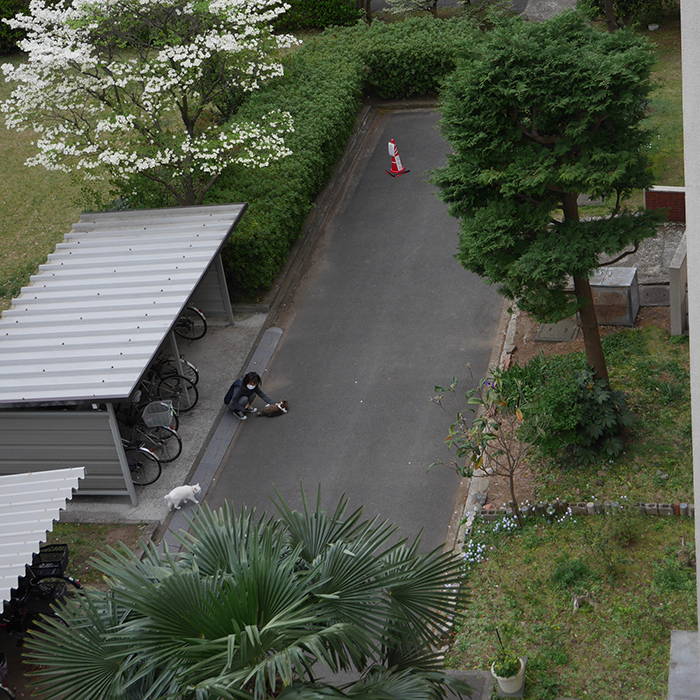 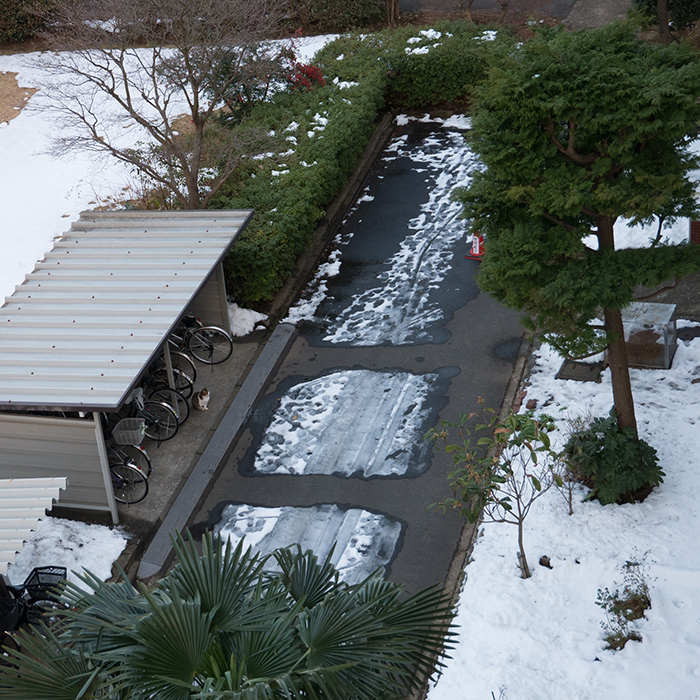 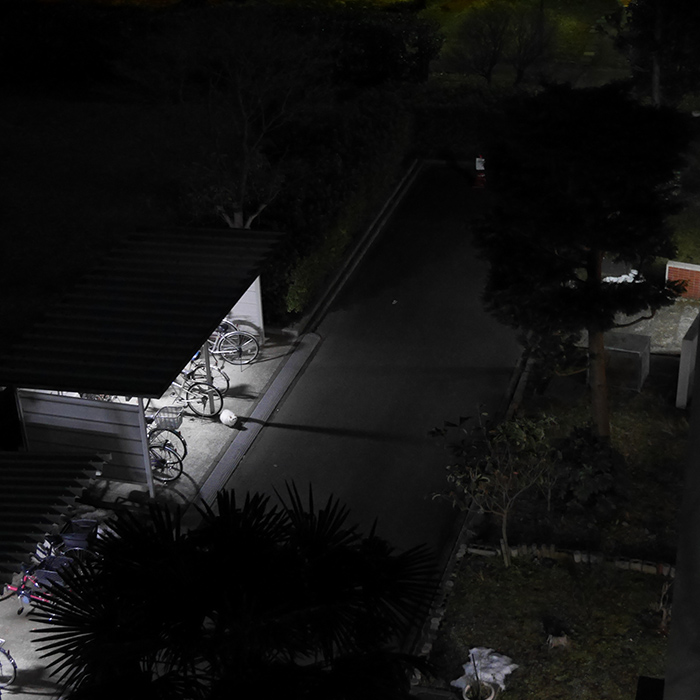