« I accompanied my husband to Holland for a year, between 2015 and 2016, for his residency. Unlike my husband who had work to do, I was almost in a housewife situation, and without a daily routine, I was often confused. But one day I realized that a big male cat appeared at about the same time and came to spy on me, and gradually he came closer and ran away right after his meal was over. But it was impossible to tame him. He was even trying to force the small opening of the door. Every day it was with palpable tension that I awaited the visit of this male cat who behaved “like a boss”, brazenly with insolence mixed with hatred. The photos presented for Neko project are a series that relate this cat’s regular visits over the days…. » 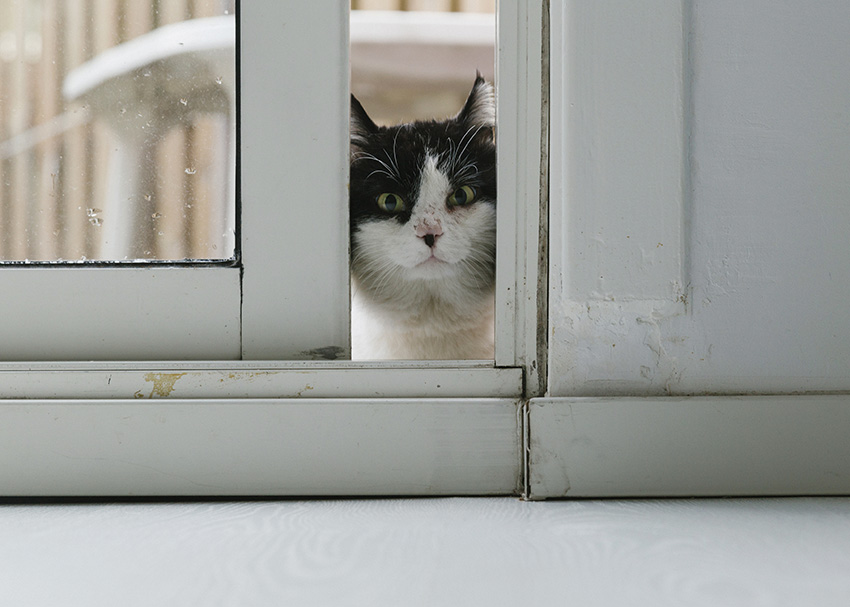 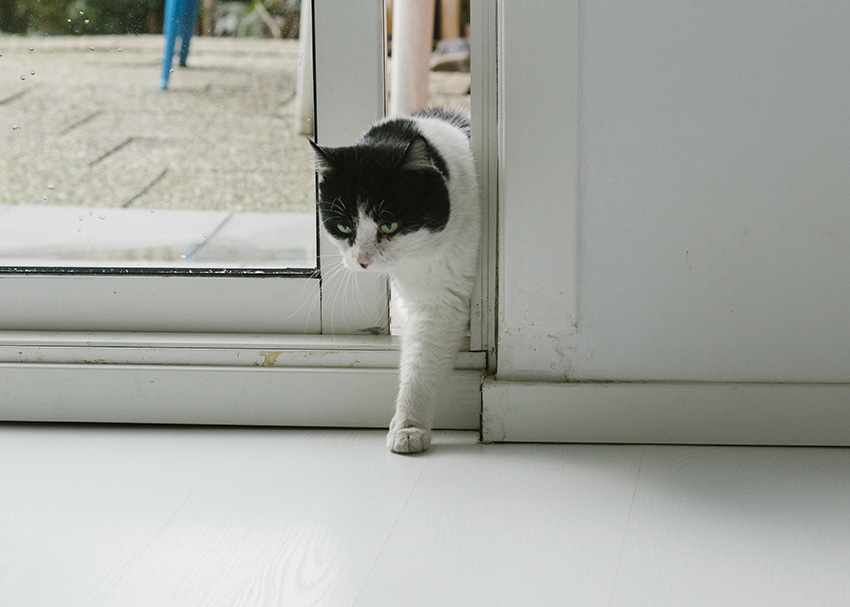