The cat in the Box

Schrödinger’s cat is a conceptual experiment, sometimes described as a paradox, devised by Austrian physicist Erwin Schrödinger in 1935. It illustrates what Schrödinger saw as the problem of the Copenhagen interpretation of quantum mechanics applied to everyday objects, and particularly highlights the problem of measurement.

Takahiro Yamashita describes the experience: “First, I prepare a box with a lid and place in it a cat, a certain amount of deadly gas in a flask and a radioactive source. A Geiger counter is also placed in the box and if it detects radioactivity (i.e. a signle atom decaying), it breaks the flask. The cat will then breathe the gas and die. On the other hand, if the counter does not detect radioactivity, the cat can live because the flask will not be broken. According to the Copenhagen interpretation, the cat is both alive and dead. But if I open the box, I’ll see if the cat is dead or alive”. With this strong and simple image (the experience is not really feasible), Erwin Schrödinger shows what he meant.

With the series he submitted to Neko Project, Yamashita remains faithful to his previous photographic work and researches, showing the ambivalence of nuclear power. Nuclear power is both source of energy and growth (development, work, energy independence…) but also a source of destruction… This series for Neko Project is more of a wink but it is as thoughtful as the Schrödinger cat.

Takahiro Yamashita tells the story of Wigner’s friend (Wigner was another physicist working on quantum mechanics). A teacher asks a student to experience Schrödinger’s cat. “Please, open this box exactly one hour from now. I will come into this room five minutes after the end of the experiment. The student opens the box an hour later and confirms that the cat is dead. Five minutes later, the professor opens the door of the room and enters. let’s imagine the dialogue between the two men:
“He was dead for you, but until I opened the door and went into the room, the cat was alive for me.
No, for me it was determined that the cat had been dead for five minutes, but it was not determined for you by the time you opened the door.
This is not the case. Until the moment I opened the door, I thought the cat was still alive but when I checked, the cat had been dead for five minutes, and these observations overlapped “.

Wigner transposes and imagines that the room in which the student finds himself becomes the box of a large “Schrödinger cat”. Takahiro Yamashita takes this idea and adapts it to his photo by perceiving the entire planet as a big box. Furthermore, he takes most of these photographs in regions producing nuclear energy (presence of a power station). Yamashita explains: “we do not know if we are alive or dead. We can only be aware of being alive, otherwise we would be gods… This cat in the end, would not it be a god?” In Japan indeed, cats can be revered as gods.

“If we suppose that this earth is a big box like that of Schrödinger’s cat, then we should be in a state of life and death. But we cannot observe it. Every time I meet a cat during a photo session, I wonder if cats are not the only observers.” It is strange, however, to think that a cat that lives freely and seems to be interested in nothing is in fact just an observer. But for Takahiro Yamashita, it would be exciting to be able to imagine cats like this, or even “a little bit scary” he adds.

This long thought process suddenly stops. In the middle of all this corpus of images, the photographer shows photos of cats which are, after all, cute and alive. He has actually forgotten all about his thinking and quietly plays with the cat.

For my part, I thank this photographer who, for a few minutes, made me stop caressing my cat in order to reflect on existence. After looking at Yamashita’s pictures, I start over the caresses, with the joy of being alive. 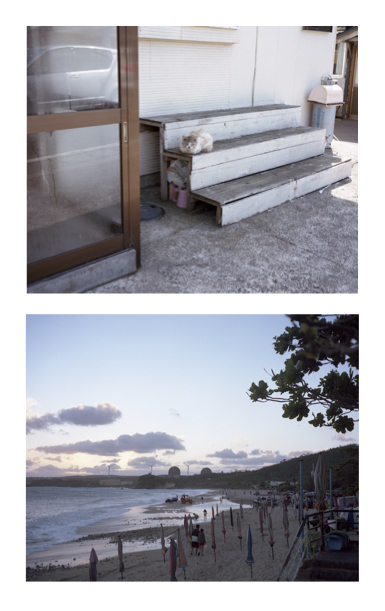 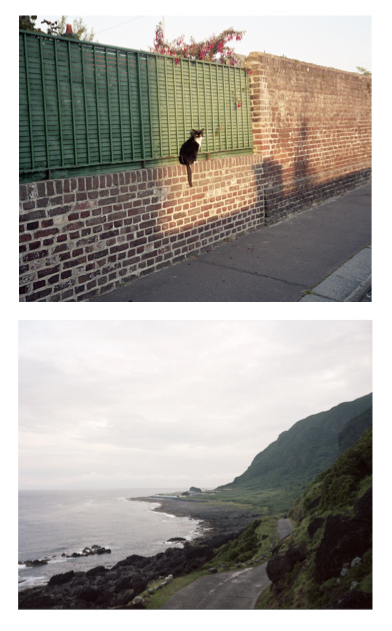