Here are three photographers who are members of Japan Stray Cats Photographers (JSCP) (*), three men living in Tokyo, Osaka or Okayama prefecture. They are faithful to the JSCP principle, and are photographers of stray cats from all over the country. Their photos,
are totally a face to face with cats.

It’s already been ten years since Yomogi KAWAI and Masakazu IKEGUCHI devote themselves to cat pictures, Masayuki KURIHARA for his part started to photograph his own cat before turning to stray cats later. Nevertheless, each one has his own style and specificities.

Yomogi KAWAI is particularly interested in stray cats who live in temples and Shinto sanctuaries, and now adds to his interest, the stray cats of lively districts. For him, cats live right next to humans, but how many human beings really look at them and few are able to spend a day scrutinizing the behavior of a cat.
“For my part, I photograph relentlessly the cats of the nearby temple, bathed in greenery, both during the day and at night. The appearance of cats is for me extremely interesting and it is a subject that fascinates me. Without any religious connotation temples and shrines are part of the Japanese environment, and so few go there every day, I would like people to know that there live many cats and that these people turn their eyes to them.”

Masayuki KURIHARA considers that the cat is not a particular animal and that is why the photographer likes to take pictures of cats.
“I think stray cats testify to the lives of humans who live there. By exaggerating I will go so far as to say that they represent the air of an era. It’s good because cats are animals that live alongside humans that I feel that by photographing stray cats, I capture the air of our time without wanting to transmit any message, in any case intentionally.
However, the fact of continuing to photograph them may represent in itself something that will flow on something to convey … ”

This is a vision shared by Masakazu IKEGUCHI.
“In Tokyo, there are many cats that people do not know about. The cat is an animal close to the mankind, but the cat doesn’t woo human beings. These cats do not lose their pride and their superb, and to survive in this great city, they chose the path that leads them to a life in common with mankind. On one side there are people who protect them with tenderness. It is thanks to those people who flood cats with their selfless love without asking anything in return that the stray cats manage to continue to live in this immense city.
What does it mean to exist? I (by taking pictures of these stray cats) may be able to project my own existence into their way of life. ” 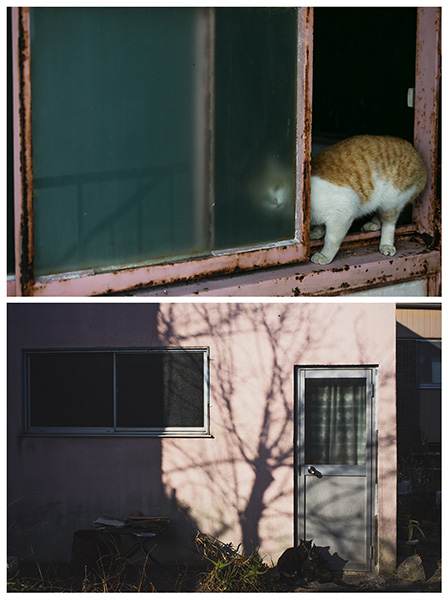 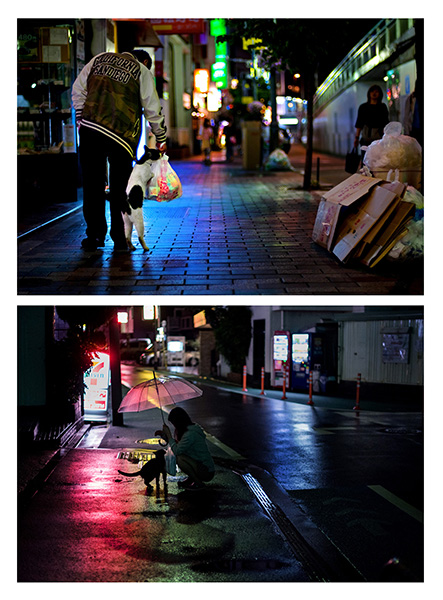