Masahito Agake is an architect by training and profession. He started with underwater photography while practising diving, and decided to go further after discovering the works of Alexandre Rodtchenko and Eugene Smith. Many exhibitions followed, as well as books (namekuji soshi, publisher Sokyusha; namekuji soshi gaiden, publisher Sokyusha). Masahito Agake is also the co-founder of The third district Gallery and was a contributor to the first volume of Asphalt Magazine.

The works presented for Neko Project are not a series as such, but rather a selection of photographic shots magnifying the cat in its territory. In these pictures, the cat is perceived in harmony with its environment, thus giving a unique character to an ordinary place.

Masahito Agake was able to capture the presence of the animal and represent it with a hint of magic, sometimes even of supernatural. Reality for the artist can be felt in many ways and Agake’s vision reveals the crevices, the cracks in our world that change the aspect of the territory in an imperceptible way. In the picture, these alterations are expressed by a pronounced black and white contrast, pulsating and shining lights, an unusual framing. The cat’s hair becomes a texture, its look a focus point, its presence a passage for the other kingdom, the other reality. 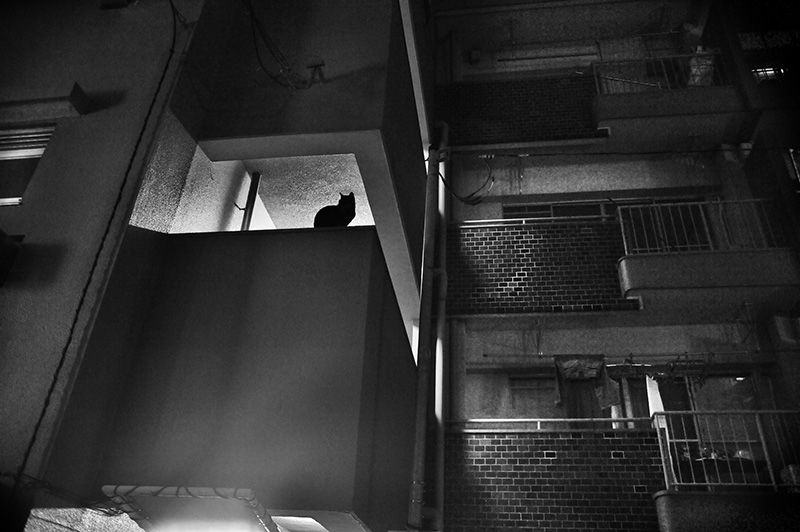