Originally, Masahisa Yokomizo only saw the stray cats infesting his neighborhood as pests that soiled his bike and car. that was before he started taking pictures.
One day, walking with a camera in hand, he started to photograph these cats he had often crossed paths with, and he gradually developed a profound interest in these felines models. He felt drawn to the strong freedom of life that comes from these stray cats, something he had never experienced with domesticated cats.

The photographer therefore started searching for these cats and thus discovered the paradise of the homeless and stray cats at a reasonable distance from his home, which allows him to go there as often as possible.
“The paradise of those who have chosen to live hidden from the men of this world. Their home, which men avoid because too dirty. Men who have given up living the life of this world. cats abandoned by their masters, cats born from these cats, here…”

Through his photography, Masahisa Yokomizo wishes to keep a trace of those who coexist with tenacity and freedom despite the difficulty of their world. He refers to a very Japanese social contradiction … With the spectacular post-war growth, Japan has been able to access to opulence and the Japanese have often been compared to « economic animals ».
The photographer adds: “ In return for this wealth, it seems that the nice smile of many people have faded away. People then live side by side in silence in big cities. The homeless do not have any constraints from others, but I am convinced that it is not easy for them to live serenely. ”

Going back to those men who have given up a rich life, who reject a life that goes at full speed, the photographer explains: “When they play with stray cats, their melancholic faces brighten. Other citizens who are supposed to live free in their quest for selfishness are actually unhappy. These homeless people live with cats to fill the gap they have with humans. The wealth that this country named Japan has never ceased to covet, has in return made it lose « its freedom ». I believe that, in these photos, are condensed the taboos and sorrows of this country are…”

Masahisa Yokomizo is not strictly speaking a cat photographer. He is not really a professional photographer. He is rather a researcher, a philosopher who, instead of writing his vision of the world with words, tells it in pictures, in a discreet and percussive way. He travels around South East Asia (Philippines, Thailand, Bangladesh, Myanmar, etc.), mainly looking for cities that evoke Japan, and observes the daily life of people, the chaos in these places. If he photographs street cats, it is mainly to capture their living environment. While walking and photographing, he dissects the relationship between the men and cats living there. cats crushed on the railroad tracks and pecked by crows. Sick cats with a tattered coat who put all their energy into drinking the dirty water from the sewers… He wants to photograph them without looking away. He wants to leave evidence of what these animals have experienced, of their struggle to survive. He also likes to photograph abandoned places and objects that are deteriorating and decaying. The flowers that fade. 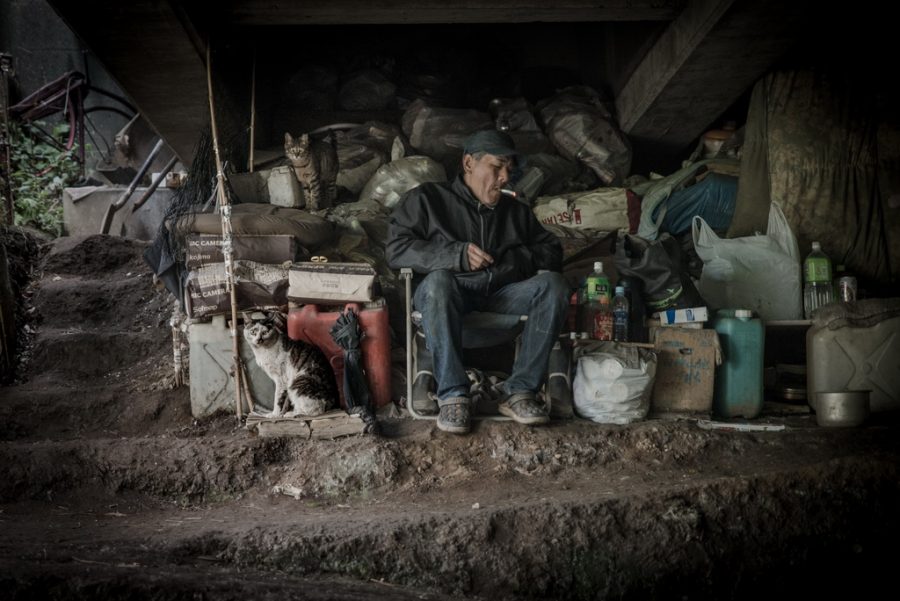 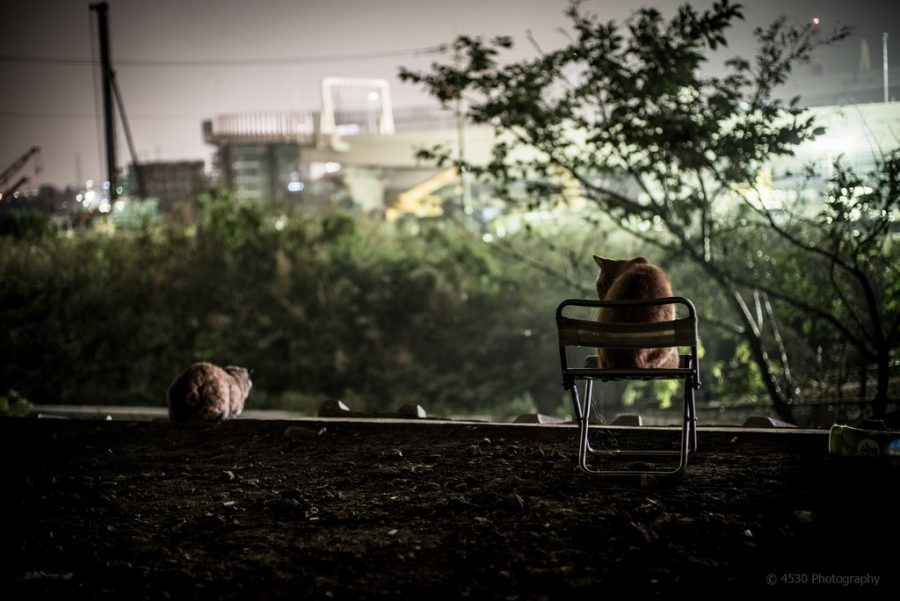