banri is a photographer driven by his feelings, what comes in front of his lens might finish in his camera and this is how he began to shoot cats with his iPhone. Taking photos is a life style and the photographs of cats are a healing practice done.

Pochico, mother of three sons, all living in banri’s home, was crying in front of the door when she was 3 weeks old. Her mum left her and by a rainy day banri finally let her in. She was so cute…

He is living in Osaka with his cats and he publishes photographs as a daily routine on Instagram https://www.instagram.com/banriman since 2013.

banri is living in a very traditional Japanese house which is the only background of his photographs. He is catching funny situation of cats in the house between tatamis and cardboard box, in a close relationship with them.

banri is not involve in any cat-lover network beside following some cat’s owners but he has an interesting position about cats: “I’m wondering if my cats think they are part of human beings or they think that I’m a big cat?”. 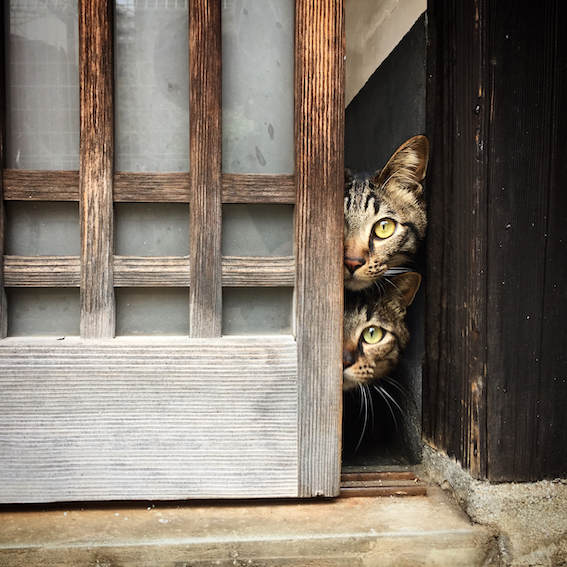